Select to expand quote
CH3MTR4IL5 said..
Ugh, no thanks on the platypus, its far too gamey, even worse than harp seal no matter how you roast them.

even low and slow on a smoker for a day? 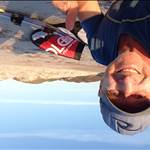 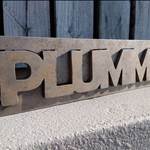 CH3MTR4IL5 said..
Ugh, no thanks on the platypus, its far too gamey, even worse than harp seal no matter how you roast them.

even low and slow on a smoker for a day? 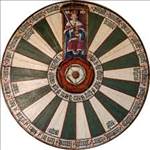 Would a roasted Dolphsealpus make a nice change from the usual Turducken ?

Kiviak or kiviaq is a traditional wintertime Inuit food from Greenland that is made of little auks fermented in a seal skin.

Up to 500 whole auks are packed into the seal skin, beaks and feathers included. As much air as possible is removed from the seal skin before it is sewn up and sealed with seal fat, which repels flies. It is then hidden in a heap of stones, with a large rock placed on top to keep the air out.
Over the course of three months, the birds ferment and are then eaten during the arctic winter, particularly on birthdays and weddings.

In August 2013 several people died in Siorapaluk from eating kiviak that was made from eider rather than auk. Eider does not ferment as well as auk, and gave those who ate it botulism.

The fermenting process means that the bird meat becomes tenderised from the seal fat, allowing you to eat them raw. The most popular way to consume Kiviak is to bite off the head of the auk and suck out the juices. 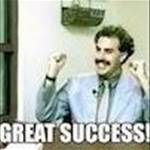 Shouldn't they be arrested too?