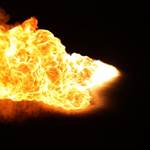 Haven't been seeing many reviews on Seabreeze lately, so thought I would add my initial and subjective impressions on the new Naish Boxer recently purchased from BrisKites.

I already had a 2015 16m Airush One but wanted something different, a bit closer to my 10m Pivot. I was considering the 12m Boxer, but Jason suggested the 14 could be better. Living where I do, I don't get to test kites so I can only compare to what I have owned. Anyway, I've had a few sessions on it now with the Nugget (strapless) and these are my initial impressions:

- The Boxer is very light. The bag is pretty small so repacking is a bit of a pain.

- It's safe to say that at 12 knots, on the Nugget and Boxer, I was well powered and able to go up wind with ease. While sheeting the kite on the beach it didn't seem to produce much static grunt, but once on the plane it produces surprising power. My 16 Airush One has more static grunt, but doesn't produce as much power from apparent wind. I think the Boxer has the edge in lower wind and got me going in wind conditions I generally wouldn't have bothered with.

- The Boxer goes up wind very well and way better than the mid-to-low aspect design would have you believe.

- It drifts well and doesn't fall out of the sky quickly with slack lines. However in 12 knots it is hard to go directly downwind at the kite on a wave as there isn't enough wind and so it required a bit of looping.

- The kite responds well to bar input while kite is moving and has line tension. I found there was a little delay to inputs when stationary and when the kite was overhead, but that was more a factor of the light wind (every kite does that). It responds better than the Airush One on the same bar width.

- The Boxer doesn't' feel as solid as the Airush One in the air. Compared to the Boxer, the One has massive leading edge, is lower aspect, has a higher bar pressure, sits a bit deeper in the window and more of a delta shape. Saying that the Boxer was very stable, didn't do anything strange (jelly fish etc.) and was more enjoyable to fly.

- The Boxer is a lot less physically demanding to fly than the Airush One.

- The Boxer doesn't seem to flap, however when you might seem a few waves through the front canopy near the wing tip closest to the water (you don't feel it at the bar), but this disappears with a fraction more rear line tension.

- I haven't tried relaunch as it hasn't touched the water yet.

- It doesn't dump as much power while screaming through the power zone as I was expecting, but it is a 14m kite. However it does depower very well at the side of the window and with lower board speed, so I imagine the wind range is going to be pretty good.

Overall, I am impressed with this kite and won't be using the Airush One anymore. Really looking forward to riding it with my new Duotone Fish SLS and If money wasn't an issue, I'd probably get a 12m Boxer as well.