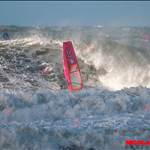 Recently moved from Sydney to Adelaide and my kite and windsurfing days have dropped dramatically.

Am I consulting the wrong forecast programs (Windy, Willyweather, Windguru) rand missing out weon epic sessions or do we only have onshore W wind in Adelaide?

Tips to increase tow much appreciated (foiling or fishing not an option). 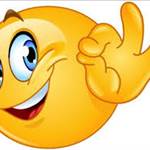 Willy Weather and the Bureau of Meterology's, (bom), MetEye forecast are what most people use. Wlily Weather gets their forecast information from the bom but it has real time readings every 10 mins and an hourly forecast, opposed to 3 hourly for the MetEye. In winter the most reliable spot is probably Boggy Lake (freshwater) www.google.com/maps/place/Boggy+Lake/ . Often when there's wind forecast on the Mid coast or Adelaide metro coast and it's overcast and drizzle or showers, it's clear skies, sun, and wind at Boggy. Obviously wind isn't garunteed but it seems to get wind when there's a forecast more often than the coast in winter with the fronts. If fresh water bores you though it wont really be worth the drive. It's more of a slalom spot but i dont mind it for freeriding. Especially if i know that it will probably be **** on the coast. It's alot flatter than coastal spots. This spot can be sailed in both summer and winter on a number of wind directions. Norhterlies, Westerlies and South Westerlies in Winter. South West is the seabreeze down there in Summer.

Mid Coast : Northerlies in Winter. Main direction is n, nnw. (cross to cross on) Can sail n , nne (cross to cross off). U turns is probably best spot for that. You get waves there too (reef breaks on the mid). I don't think its sailed much in the summer.

North Haven: NW, WNW, W best directions in winter. Relativley flat on nw (cross off with more cross in it from memory) West is cross on. Can sail ssw in summer. Good angle for jumps and good ramps. (ssw in summer)

Sellicks in the summer gets strong wind. South Easterlies. It's cross off so gets pretty gusty but can be good.

Semaphore south gets reasonably reliable sw sea breezes in the summer. Northern beaches get pretty choppy though. Better in lighter wind when not so choppy. 20 knots + = pretty choppy most days at this strength.

Middleton at Victor Harbour is a wave spot. User freindly, fun, beach break. Best for waves on nw (cross off) Can be pretty gusty and up and down some days but when it's good it's worth the drive.

Kent Reserve at Victor Harbour. It's in a sort of protected bay. No waves but swell quite often. Best on SE sea breeze in summer but not very reliable. Could easily drive down on a Strong forecast and get nothing. Can sail s - sw too any time of year but probably best in winter on strong fronts. Some guys slalom sail there in summer and winter which can be fun.

These are the main spots.

Seacliff (kingston park) : Sw fronts can be good in winter. Some people sail it in the summer but its always around 5 knots lighter on the sea breezes than semaphore and can turn se (off shore) early) some days. It's a smoother ride than semaphore though.