Hi, Not sure if this has been covered else where. I'm moving to Albany from Perth and was wondering what the Kite surfing options are around the area. Any local knowledge on location, wind direction and season
TIA 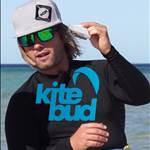 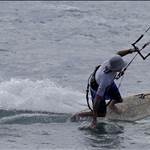 hi there, I'm a long term Albany resident that moved to Perth in 2010 (before I took up kite surfing) and surfed around Albany for most of my life. Since taking up kite surfing I have been back to Albs a few times and taken the kites and got some good sessions in.

Christian's guide in the post above is spot on for flat water kiting in Princess Royal Harbour, at the western end. You don't say whether you're a flat water or surf kiter?

In general terms there are two 'coastlines' in Albany, the East-facing, and the South-facing. In summer months, the prevailing winds are usually E to SE, and as we have seen recently when there is a coastal trough in Perth and a high in the Bight, the easterlies are flogging the south coast. This can also build up a bit of easterly swell, which doesn't hang around long and if you're onto it, can produce some good quality waves in certain locations.

With a decent SE breeze, you can get a fun kite in at Middleton Beach, it is mostly onshore so you need a rig that works with good upwind drive, but it is so close and convenient to town and you can generally get a bit of lip-bashing in on the onshore swells that come through. I have also kited further around Middleton beach (just out from Emu Beach) on a ripping SW in winter and spent a good hour riding the swells with just a couple of dolphin mates chasing me.

Other east-facing beaches that would be worth a look on a strong SE would be Cheynes Beach, around 70km east of town. I happen to think if you had two vehicles, a big SW swell and a roaring SE, you would be looking at a most epic downwinder at this location as the beach goes for miles and when the swell is up you would be riding waves that start peaking 70-100m off the beach. Watch out for salmon season and sharkies...

Most of the south-facing beaches are cross-on with a SE, and cross with an E. These include Nanarup - around 20km east of town and Muttonbird, around 15km west of town. I have kited at Muttons on a SE and a SW wind. The SE rips in between the island and the beach at the eastern end, its a bit gusty and the waves tend to close-out, but fun. On a SW you can kite further around the beach to the west where you get more chance of finding better waves. To get around these beaches you need a capable 4wd.

Other locations in the area include Denmark right through to Parry's Beach. I have not kited through here but basing this on my surfing knowledge. Again any south-facing beach would work both with a SE, and SW wind. Parrys in particular would have high potential for a long DW as the waves break a fair way off the beach and the beach itself is easy to drive on with a decent 4wd. If you're a bit more keen, Lights Beach near Denmark may also have potential both on SE and SW. Note all these south-facing beaches pick up shed loads of swell and are not for the inexperienced (surfing or any watersport). SW winds in winter are frontal winds and usually pretty gusty. Ocean Beach in Denmark is also a beautiful beach, mostly faces East and would work in a SE. I think a SW may be a little offshore there, but might be ok further around the beach which does become more difficult and picks up more swell.

Be prepared to put the kms in to get wind and waves! Due to the predominately sand beaches and variable coastline it can be a bit unpredictable. It is however a beautiful piece of coastline and there is probably also great foiling potential out in the Sound.

There's definitely a few secret spots on either side of where I have mentioned, but you will have to suss those out yourself. Good luck. 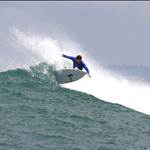 Thanks guys for the information. Will check out the sites when I'm there.